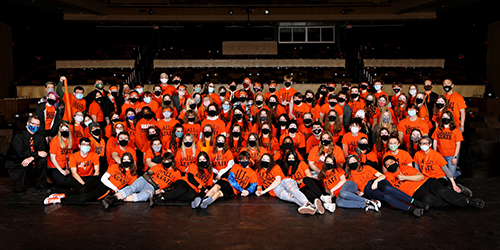 "We are beyond proud of our students who have been awarded the highest distinction across the state," Valley Drama and Speech Director Stacy Hansen said in an email. "Too, we applaud their coaches who have guided them on this incredible journey. We remain vigilant in who we are as a drama family: passionate, kind, determined, courageous, unified."