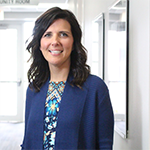 Tricia Kurtt previously served as an associate principal at Jackson Elementary within the Des Moines Public Schools District. Prior to that, she developed and delivered professional development for instructional coaches and teachers as a Heartland AEA consultant. She began her teaching career as an elementary teacher in 1999 and gained experience working in districts both smaller and larger than WDMCS. 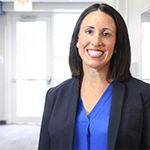 Annie Orsini has served as an assistant principal at Jordan Creek and Westridge elementaries for the past two school years. However, her career with WDMCS began 18 years ago when she started her teaching career at Westridge and Crestview elementaries. Orsini grew in her experience and as a leader when she took on an instructional coach role in 2012 followed by a professional development/curriculum facilitator and K-12 Multi Systems of Support (MTSS) coordinator. 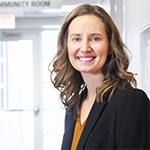 Pressley comes to WDMCS after serving as a school administration manager for Rock Creek Elementary in the Ankeny Community Schools. Prior to that, she grew her leadership skills in Ankeny as a district behavior coach. She also was a special education teacher for Ankeny High School and the Urbandale Community School District.

Pressley earned her bachelor’s degree in social science education from the University of Northern Iowa, followed by a master’s degree special education from Morningside College. She is currently completing a doctorate in educational leadership from Drake University. 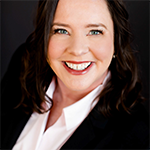 Jeannette Barnes has served in the Waukee Community Schools for the past 13 years. In that time, she has been an English for Speakers of Other Languages (ESOL) instructional mentor for students as well as an ESOL teacher and elementary classroom teacher. Prior to Waukee, Barnes lived in Colorado for over a decade where she was both a literacy coach and interventionist. She began her career in the Waterloo Community Schools system where she focused on early childhood literacy. 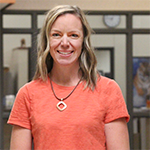 Megan Thomsen is a familiar face within WDMCS. She has served as an instructional coach for the past seven years, facilitating professional development for teachers and providing ongoing support through Professional Learning Communities (PLCs). Prior to that, she spent six years with WDMCS as an at-risk/special education teacher. Her early career was spent teaching in Olin, Iowa. 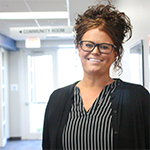 Another familiar face at WDMCS, Kristi Bentz has worked in a variety of roles for the past 14 years, including elementary classroom teacher and special education teacher at Westridge Elementary, then as a special education curriculum lead. She also served as an equity lead for two years while at Westridge. Kristi worked with district leaders, staff, and the community to implement equity and diversity initiatives. Most recently, her role has been that of a special education program lead and coordinator, collaborating with teacher leaders, teachers, families, and other staff in support of students.

Bentz earned her undergraduate degree from the University of Northern Iowa, followed by a Master of Arts degree in education from Viterbo University. 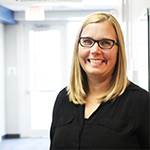 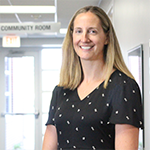 Megan Thole joined WDMCS for the 2020-21 school year as one of four associate principals at Valley High School. She oversaw special education, social studies, and success center teams. She also led the hiring process at Valley to fill both the fall 2020 and spring 2021 job openings.

In addition to her in-district experience, Thole’s career spans working in Chicago at an alternative high school and college prep charter high school. She also served as a PK-8 principal in the Chicago Public Schools for six years.

Thole earned her undergraduate degree from the University of Iowa, followed by a Master of Arts in teaching from National Louis University and a Masters in Education in school leadership from Harvard Graduate School of Education.

Please join us in welcoming these administrators to their new positions!