The Valley High School Hall of Honor was established to recognize outstanding alumni, educators, and community leaders who, through achievements, endeavors, leadership, and character, are positive role models for the student body of the West Des Moines Community Schools. These individuals have specifically dedicated their time and made significant contributions to the Valley High School community. 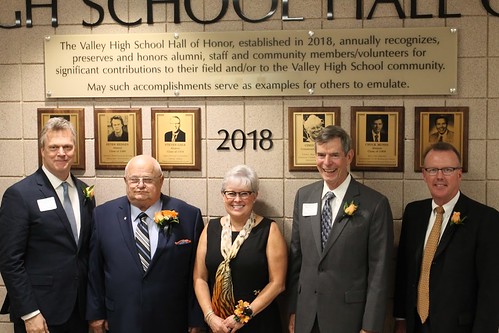